It was present surprize!
Last month, I had interview from two TV Stations.

The one is from Yomiuri TV.
I 've made the Cucumber Art of two announcers.

The directer gave me the illustration of two people like this. 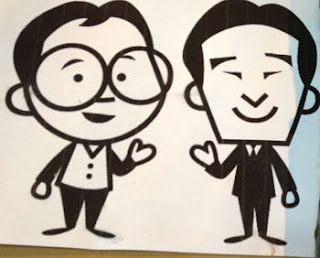 I was surprised at a request to make two people with a cucumber,
but thought that I could make it when I watched an illustration.

The cucumber art that I made first.
They look cute but The balance of two people is not good. 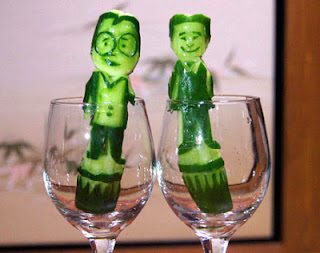 Then I made again. I satisfied this time!
Practice brings you a best result. 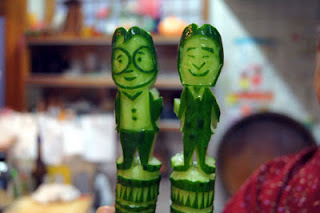 The directer brought them to the TV studio, then
Announcer  ate in the live broadcasting lol.
It was so much fun :)

The one is from Local cable TV.They will broadcast later this month(from 16th Dec~) 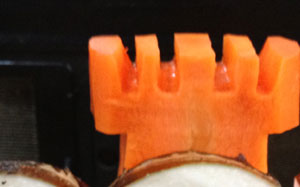 I've made some other veggie Art  recently.
I made the LOGO of Computer company served with calfornia roll. 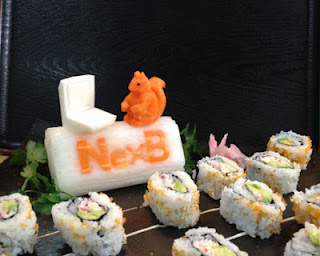 Also made a Ferrari 458 for my friend's friend.
This was made by Sweet potato and food color.
Thank you my friend H-kun and Ai-san! 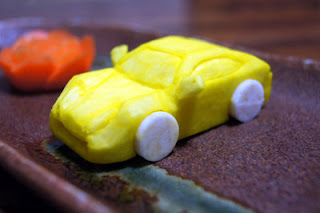